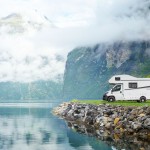 We can supply Motorhomes, Campervans and RV’s to the following locations in Canada in British Columbia, Alberta, Quebec, Yukon and Nova Scotia. We have the following pick up points and we can collect and transfer you to the local depot either the next day after your flight or on the morning of your arrival.

All our rates include local sales tax so there are no hidden extras. You can book at our booking engine and choose your pick up and drop off location and add extras as you proceed through the booking process.

We have a couple of suggested itineraries for a trip in Canada, check our Resources page for details.

Booking a Motorhome or RV in Canada

To book a Motorhome or RV, simply use our booking engine above for a quotation. You can email the quote to yourself for review, or you can proceed and book online, adding extras as you proceed through the booking process.

Should you have any further questions about Motorhome Hire in Canada you can contact us via the telephone or email contacts on our web site.

Location: Canada is bounded to the west by the Pacific Ocean and Alaska, to the east by the Atlantic Ocean, to the northeast by Greenland, and to the south by the USA
Capital: Ottawa
Area: 9,958,319 sq km
Population: 31,902,270 (2002)
Languge: English and French
Climate: British Columbia has the most moderate climate of any region in Canada with relatively dry summers and mild, wet winters. The Prairies have a typical continental climate: winters are cold, summers are hot and rainfall is relatively sparse. Northern Manitoba on the shore of the Hudson Bay, has an extreme northern climate. Ontario has a continental climate but experiences smaller variations in temperature and higher precipitation. Québec has a temperate climate, with four strongly contrasting seasons, including a short, mild spring, hot and frequently humid summers, chilly autumns and cold, long and snowy winters. The Atlantic Region has a changeable martime climate.
Highest Point: Mount Logan 5,959 m
Currency: Canadian Dollar
Electricity: 110 volts AC, 60Hz with American-style (flat) two-pin plugs
Drive: On the Right

Canada is the second largest country in the world and is made up of ten provinces and three territories. Canada is a vast nation with a wide variety of geological formations, climates, and ecological systems. It has rain forest, prairie grassland, deciduous forest, tundra, and wetlands. Canada has more lakes and inland waters than any other country. It is renowned for its scenery, which attracts millions of tourists each year.

The main airports in Canada are

Canada is the second largest country by area in the world (after Russia) and the largest in North America. Its only land borders are with the United States, a very long one at Canada’s Southern edge and a shorter one with Alaska in the North-west Canada is also a major tourist destination, and is one of the world’s wealthiest countries. The country is renowned for its vast, untouched landscape and its unique culture. With a culturally and linguistically varied population Canada considers itself a mosaic of cultures and people.

Visiting Canada all in one trip is an ambitious endeavour. When speaking of specific destinations within Canada, it is better to consider its distinct regions.

Canada is large – the second largest country in the world. This means that you will need several days to appreciate even a part of the country.

The best way to get around the country is by air. Air Canada is the main national carrier, and has by far the largest network and most frequent schedules. For travel between major centres, no frills carrier West Jet offers competitive fares. In general, airports are poorly connected to public transportation and railway transportation; expect to leave airports by road on a rental car, taxi or a privately operated bus.

By bus and train

You can also travel between most cities in Canada, small and large, by bus. Greyhound Canada provides much of the service, with smaller operators covering local routes. For some popular tourist routes, guided bus tours are also available.

Passenger rail service in Canada, although very safe and comfortable, is often an expensive and inconvenient alternative to other types of transport. The corridor between Windsor and Quebec City is a bit of an exception to this generalisation. Also, if natural beauty is your thing, the approximately three-day train journey between Toronto and Vancouver passes through the splendour of the Canadian prairies and the Rocky Mountains, with domed observation cars to allow passengers to take in the magnificent views. Travellers planning to travel by train may find making arrangements ahead of time is advisable in order to find lower fares. VIA Rail is the main Canadian passenger rail company.

When purchasing goods in Canada do be aware that the prices displayed are usually without tax; taxes will be added on top of this displayed price. One exception is gasoline; the amount you pay is as it appears on the pump, or parking fee.

A Goods and Services Tax (GST) of 6% is applied to most items with the exception of “groceries”. You will be required to pay GST on food purchased in a restaurant. Most provinces charge an additional Provincial Sales Tax.

Canadians themselves may be mystified if you ask where you can get Canadian food. Although you will find some regional specialities, especially at the Eastern and Western edges of the country, there isn’t much food known as “Canadian” except for poutine, nanaimo bars, butter-tarts, beaver tails, fiddleheads, and a few other examples. They are an important, if somewhat humble, part of the Canadian culinary landscape.

One peculiar tradition that you may notice in nearly every small town is the Chinese-Canadian restaurant. A lot of the reason for this is the role Chinese immigration played historically in the early settlement of Canada, particularly in the building of the railroad. These establishments sell the usual Chinese cuisine marketed towards North American Fast Food customers. In Toronto and Vancouver, two of the world’s largest centres of Chinese immigration, one can find authentic Chinese cuisine that rivals that of Hong Kong and Shanghai.

The drinking age in Canada varies from province to province. In Alberta, Manitoba and Quebec the age is 18, while in the rest of the provinces and territories it is 19.

A favourite and uniquely Canadian cocktail is the Bloody Caesar (Vodka, Tomato juice, Tabasco sauce, Worcestershire sauce). Canadian beers can be stronger than those found in the US. However, you can find most non-alcoholic beverages you would find in any other country.

Carbonated beverages (pop) are very popular. Clean drinking water is available in all cities and towns across Canada.

A non-alcoholic drink one often consumed in Canada (especially in Vancouver) is coffee. Starbucks, although not very large across the country, is massively popular in Vancouver.

There are a huge number of campgrounds in Canada. These range from privately owned R.V. parks to the publicly operated campgrounds in national and provincial parks, and are almost always well-kept and generally very beautiful.

Festivals and events are held annually to celebrate the multicultural landscape of this great nation.

June 21 to July 1 marks 10 days of celebrations in Canada. The festivities begin on June 21 with National Aboriginal Day and celebrations across the country continue on June 24 with Saint-Jean-Baptiste Day, in honour of the patron saint of French Canadians, on June 27 with Canadian Multiculturalism Day, and culminate with Canada Day with parties everywhere on July 1st.

Fall is also a time for families to enjoy the autumn splendour of nature in fall festivals or in simple activities where one enjoys the beautiful countryside.

Traffic rules to be aware of in Canada: