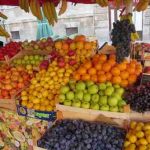 Skopje is the capital of the Republic of Macedonia. As largest city in the country, it is a political, economic, and cultural center of Macedonia. It lies on the upper course of the Vardar River and is located on a major north-south Balkan route between Belgrade and Athens.

The first impression of a visitor to Skopje is invariably the same: it is a new and modern city. It is a trading center for the cotton, tobacco, grains, and livestock produced in the surrounding region. The city also has manufacturing facilities for iron and steel, electrical machinery, chemicals, textiles, carpets, and foods.

RV’s, also known as Campervans, can be picked up from the motorhome depot in Skopje or we can arrange for your collection at Skopje airport.

Some facts about the country and Macedonia Motorhome Hire