Atlanta Motorhome RV Hire offers a wide selections of recreational vehicles in Atlanta Georgia you may also take them on a one way trip across the USA to drop off at another location but you must book months in advance to get availability. 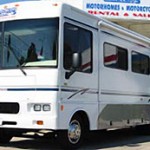 Atlanta is the capital city of the state of Georgia.
A prominent city during the Civil Rights Movement, the city boasts prominent sites honouring it’s participation, such as the Martin Luther King, Jr. National Historic Site.

Atlanta has a varied skyline, punctuated by the high rise buildings of a modern, vibrant city. It’s tallest building is the Bank of America Plaza, which was one of the ten tallest buildings on Earth when it was built. Atlanta Motorhome RV Hire recommends you book in high season well in advance 6 months is usual to ensure there is availability of a vehicle.

Atlanta Motorhome RV Hire had a limited selection of vehicles unless you book well in advance.

Founded in the 1830’s, it was ordered burned to the ground by General Sherman during the American Civil War. The rebuilding of Atlanta – symbolised by the city’s symbol, the phoenix, has developed it into a city of international influence.

Atlanta has a humid subtropical climate, with hot humid summers and mild to chilly winters. The hottest month is July, where temperatures average 90°F (32 °C), and the coldest is January, with average temperatures around 40°F (5°C). Atlanta receives abundant rainfall, in common with most of the southeastern USA, but it is distributed evenly throughout the year.

Tourists are spoiled for choice when looking for interesting activities in Atlanta. From the many museums in this historic city, such as the Atlanta History Center and the High Museum of Art, to theaters such as the Fox Theatre and the Woodruff Arts Center. At the Cyclorama Building you can see what is said to be the largest mural in the world, a 109m long painting depicting the Civil War battle of Atlanta.

Also, for the kids, there are museums specially geared for children, including the Fernbank Science Center and Imagine It!, Atlanta’s Childrens Museum.

The Georgia Aquarium is billed as the “world’s largest aquarium”. More than 500 species and 100,000 animals are housed in a spectacular building opened to the public in 2005. In addition to the incredible marine environments, the center boasts the Oceans Ballroom, an incredible 1100 seater banquet hall that has 2 huge windows into exhibits housing the Whale Sharks and Beluga Whales.

For the more adventurous, head to Stone Mountain, the largest single exposed granite “stone” in the world. The worlds largest carved bas-relief can be seen on the north face.

Atlanta has a vibrant classical music scene, with performances available from Atlanta Ballet, Atlanta Opera and the Atlanta Symphony Orchestra.

There is lots of local support as well for racing fans, with the Atlanta Motor Speedway being nearby. This venue hosts 2 major NASCAR races each year, with all the excitement and drama that entails.

The city is served by the worlds busiest airport, Hartsfield Jackson Atlanta International Airport, which serves as the hub for air transportation on the east coast of America. It is situated only 10 miles south of Downtown Atlanta, making it a convenient access point.

Three major interstate routes intersect in the city; I-20, which runs East-West, I-75, running Northwest to Southeast, and the I-85, Northeast to Southwest. This abundance of transport links makes Atlanta an ideal starting point for a Motorhome holiday.

Little known fact about Atlanta – it is the home of the worlds largest drive-in fast food restaurant, The Varsity!

Lake Lanier Islands – http://www.lakelanierislands.com
– 7000 Holiday Road, Lake Lanier Islands, Georgia 30518 – Phone : Toll free 800.840.LAKE Local 770.945.8787 – For those who prefer to have their feet planted firmly on solid ground, the Campgrounds at Lake Lanier Islands Resort® is just the place. Enjoy the serenity and natural beauty at one of our rustic year-round campsites for RVs and tents. A boat ramp, fishing pier and camp store add to your great outdoor getaway.

Fair Harbor RV Park and Campground – http://www.fairharborrvpark.com – 515 Marshalville Road, Highway 127, Perry, Georgia 31069 – Phone : Toll Free 1-877-988-8844 – Come join us at our wonderful 100 acre park nestled in the woods with campsites surrounding our quaint little fishing pond. With over 150 full service 50/30/20 amp sites , you’re sure to find something that suits your needs. We have Free Cable TV and we are the only RV park in Georgia with $2.50 per night INSTANT PHONE connections at most sites.