Camper Van Cagliari Sardinia on the beautiful island of Sardinia lies in the Mediterranean, the second-largest of the Mediterranean islands. It is part of Italy, but with regional autonomy. The rocky coasts rise impressively from the blue waters as you approach the island, with the Gennargentu mountain range as the centre, giving the traveller through Sardinia magnificent views of canyons and plateaux. The mix of the lower valleys and white sands combined with the imposing highlands make Sardinia an attractive and popular place to visit, especially for motorhome enthusiasts, due to the freedom to explore this gives. 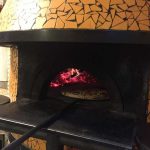 Cagliari is Sardinia’s capital, and as such is easy to reach and worth a visit. It is a bustling cosmopolitan centre, but it’s very easy to take a turn and find yourself lost in the past, in a narrow street where the medieval buildings nearly block out the sun, just as they did for the inhabitants five or six hundred years ago. Cagliari has had a long and eventful history, and the wonderful museum citadel that rises above the town captures much of it, along with many artefacts and stories of far more ancient cultures. The magnificent castle dominates the skyline, towering protectively above the city, as it has for centuries and will do so for many more.

Despite the deceptively sleepy medieval aspect, there is an atmosphere of vibrancy about Cagliari – visit the old harbour district, especially the Via Sardinia for the trattoria and restaurants both large and small. The shady arcades offer great holiday shopping too. And don’t forget to stroll along the sands of Poetto Beach, and refresh yourself in the little bars and restaurants along it. 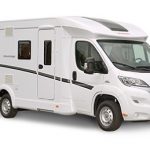 Today Cagliari is an important point for sporting events such as motor boating, Formula One and Grand Prix race-car driving. It also hosts the Women’s Beach Volleyball World Championship, which takes place on the Poetto Beach, one of the most beautiful beaches in Sardinia. WE can offer rentals at Camper Van Cagliari Sardinia to cover all these events in sardinia.

If you manage to tear yourself away from Cagliari, there’s so much that Sardinia has to offer, and your motorhome is the best way to see it! Not tied to a hotel or rented house, you are free to travel to any part of this wonderful island and see and do far more than most holiday-makers in the central touristy areas.

Camper Van Cagliari Sardinia offer excellent RV-Motorhome or campervan hire rates for Cagliari. It is easy to get a motorhome hire quotation. Just go to the Motorhome Hire section on our website and use our quotation and camper van booking engine.

Regional Trains Italy  https://www.ferroviedellostato.it – You can get rail information, train schedules, and purchase the tickets here.

12 Facts About Booking a Motorhome – RV in Europe  https://www.worldwide-motorhome-hire.com/articles/12-facts-about-booking-a-motorhome.html

Should you have any further questions about motorhome hire in Italy, you can contact us via the telephone or email contacts on our website.