The beautiful island of Sicily is the largest in the Mediterranean Sea, off the southern tip of Italy. Although an autonomous region of Italy, it has a rich and unique culture of its own, and a distinctive style in art, music, literature and language.

Motorhome Hire Catania Sicily and Catania lies on the eastern coast of Sicily, at the base of the great volcano Mount Etna, which looms over the city in a distantly threatening fashion. She has given the city great trials by her eruptions, but also great wealth in the rich fertile soils of the region. Either way, Catania has been here in some form since 729AD, and withstood all that Etna has thrown at her.

There is much to see if you want to explore Motorhome Hire Catania Sicily Catania –Giovanni Battista Vaccarini was a wonderful Baroque architect, and one of the notable Sicilian artisans of the 1700s. Much of his work is in Catania, and the magnificent Cathedral Square is a lasting monument to the birth of Sicilian Baroque. The soils that Mount Etna has bequeathed to Catania are responsible for the beautiful gardens of the city – Villa Bellini Gardens, and the Orto Botanico dell’Univerita di Catania are both worth visiting. Don’t forget to visit the traditional street markets either! 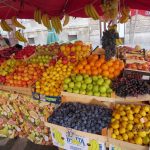 When you are ready to leave Catania and travel further afield, all of this island is waiting for you, from the Mediterranean beaches to the imposing volcano – a popular destination! – to the world heritage sites of this island. Agrigento alone had some of the best-preserved temples of ancient Greece, including the Temple of Juno. Syracuse, described by Cicero as “the greatest Greek city and the most beautiful of them all”. The Villa Romana del Casale, with the richest collection of Roman mosaics in the world, is only a few kilometers outside Piazza Armerina.

Your motorhome is the best way to see everything this island has to offer, unbothered by having to travel back to a hotel, or rely on public transport to see everything. Your only constraint is time!

Motorhome Hire Catania Sicily offer  excellent RV-motorhome or campervan hire rates for Catania, Sicily. To get a motorhome hire quotation is easy; go to the Motorhome Hire section on our website and use our quotation and campervan booking engine. 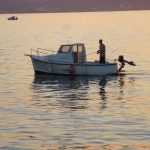 Regional Trains Italy  https://www.ferroviedellostato.it – You can get rail information, train schedules, and purchase the tickets here.

12 Facts About Booking a Motorhome – RV in Europe  https://www.worldwide-motorhome-hire.com/articles/12-facts-about-booking-a-motorhome.html

Should you have any further questions about motorhome hire in Italy, you can contact us via the telephone or email contacts on our website.