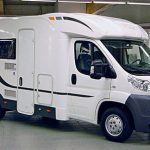 The airport is well connected to the local central station both by train and bus. Both bus and train connections to and from Santa Maria Novella Station in Florence are also available. The railway station is conveniently located next to the terminal.

Pisa Italy Motorhome offer motorhome and camper van hire from depots nearby and we can arrange a transfer from the airport to the nearest depot where you can pick up your campervan.

Pisa itself is a city in the Italian region of Tuscany in central Italy. It lies on the bank of the Arno River onto the Ligurian Sea and is the capital of the Province of Pisa. Pisa was being referred to as old and well-established even back in the times of Ancient Rome, and even given mythical origins. It certainly predates Roman dominance over the peninsula. It was Roman, Byzantine, Lombard and even a mighty Maritime Republic, for a while one of the most powerful centres on the Mediterranean Sea. 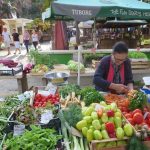 Pisa is most famous for its infamous Tower in Piazza del Duomo, which is itself worth a visit. Since repairs, it is now considered safe again, with its dramatic lean reduced, but still highly noticeable. Pisa’s turbulent history saved the Leaning Tower from destruction, as work had to be halted twice for long periods, giving the unstable substrate time to settled before the next part was added on.

Another wonderful place nearby is the Baptistry of the Cathedral, again a jewel from Pisa’s Golden Age. Also like the Leaning Tower, it lists to the side, albeit much less dramatically.

Culture is important in Pisa, with many cultural events taking place through the year, including the Gioco del Ponte, a tradition the roots of which have been lost. It consists of a military parade along the bank of the Arno, and then a competition of strength to conquer the bridge over the river. It is traditionally held on the last Sunday in June. 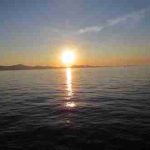 Should you have any further questions about motorhome hire in Italy you can contact us via the telephone or email contacts on our website.