How the land was settled 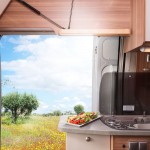 Maori are the tangata whenua (indigenous people of the land) of New Zealand and their culture is an integral part of New Zealand life. The resultant New Zealand identity is unique, fresh, invigorating and adventurous. About 15 percent of the country’s population of 4 million are of Maori descent. Maori are a tribal people and their tribes are known as iwi. Today most live in urban areas, away from their marae (tribal ground). However, many Maori gather at their marae for important occasions. Maori, who are Polynesians, were the first inhabitants of New Zealand, and are thought to have arrived in New Zealand more than 1000 years ago in double-hulled waka (canoe), from islands in Eastern Polynesia (Hawaiki). Maori settled on both main islands of New Zealand and named the country Aotearoa (Land of the Long White Cloud). Dutch Navigator Abel Tasman, the first European discoverer, arrived in 1642 and named the islands New Zealand. He didn’t stay, and it wasn’t until Captain James Cook arrived over a century later that the area was colonised. Late in the 18th century, Aotearoa New Zealand was settled by European missionaries and whalers. In 1840, Maori signed the Treaty of Waitangi with the British Crown, which gave the British Government sovereignty over Aotearoa New Zealand. The Treaty of Waitangi is now regarded as Aotearoa New Zealand’s founding document. The site of the Treaty signing, Waitangi in the Bay of Islands, is a national reserve of historic significance.

Maori culture places high value on the natural environment (forests, sea, rivers, lakes and mountains). Maori culture is a living treasure, indigenous and unique to Aotearoa New Zealand. Maori have retained their identity through three centuries of European contact, and Maori customs still thrive. Like many indigenous people, Maori lost much of their land through European colonisation. The New Zealand Government has made reparation to many Maori iwi, and processes are being followed with others to have land and other resources returned.

Pounamu (greenstone or jade) is extremely significant to Maori and one of the country’s great taonga (treasures). It is an extremely tough stone, but one that Maori have carved over the years with skill and love, creating some of New Zealand’s finest artworks.

Visitors to New Zealand are presented with many opportunities to experience Maori culture first-hand. The best-known of these is the thermal region of Rotorua in the North Island, where tourists can experience Maori kai (food) cooked on hot stones underground as part of a traditional hangi. They can also enjoy a Maori powhiri (welcome ceremony), visit local marae (meeting grounds), listen to kapa haka (traditional performances of song and dance) and relax in the popular thermal pools.

Maori culture has been passed on from generation to generation through music, carvings, art, storytelling and reciting genealogies (whakapapa). The strength and beauty of Maori art is evident in architectural carving and interior designs of marae, and in ornate whakairo (carvings) in wood, bone or pounamu (greenstone or jade) for pendants and other taonga (treasures). Carving and weaving skills arose from the practical requirements of traditional Maori lifestyle. Fibre for clothing, ropes and other uses was created by weaving flax and other natural fibres. Hard New Zealand pounamu (greenstone or jade) was originally made into weapons and carving implements. Native wood was carved into spiritual objects that adorned Maori meeting houses (wharenui) and canoes. The modern outlet for the creation of such traditional objects comes through artworks, many of which are highly sought after in the art world.

The marriage between the Maori and European traditions in New Zealand has led to some unique cultural events. Rotorua’s Opera in the Pa is an example of the way in which Maori and Pakeha (European) influences have given rise to a fresh Pacific culture. Maori and Polynesian voices sing the operatic works of Verdi, Puccini and Mozart at the sacred Rotowhio marae, against a backdrop of bush and geysers. Annual events, such as Pasifika in Auckland, display New Zealand’s cultural diversity, of which Maori is the foundation. The festival has been running since 1993 and features traditional arts, music, entertainment and food of the 250,000 Pacific Island people who call Auckland home.