Valladolid Motorhome Spain.Attractive Valladolid is a medieval royal city, and still capital of the province of Valladolid and of the autonomous community of Leon and Castile. It is built over an area of Roman ruins, and its name probably comes from that. Later on, it was Moorish, and then taken in the Reconquest in the tenth century. Within the next few hundred years, it expanded from a small village, saw the marriage of Isabella and Ferdinand, and became the capital of the Kingdom of Spain. 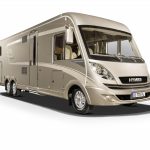 There’s plenty to do and see in Valladolid. Relics of old Spain are found in many places through the streets and plazas of this lively, modern city. Christopher Columbus died here and his house is now a museum. Ancient Roman pieces are still to be found in the close vicinity, parts of a much older civilisation. The unfinished Cathedral (Santa Maria la Antigua) is worth seeing, designed by the same man who designed El Escorial. The main square of this city became the template for Madrid’s own Main Square, as well as those throughout the Castillian world.

Valladolid is a modern and vibrant city, despite its old design. It’s a university city with a strong nightlife, and various alternative scenes. Jazz, flamenco, Irish themed bars, live music scenes, discotheques, there’s usually something for most people! Go out for a late meal at about ten, then on to a pub or two – the club scene won’t really kick off until the cooler night air has brought out the younger crowd – around 1-2AM! You probably won’t get to bed before sunrise, but there’s always siesta in the hot part of the next day to catch up.

Festivals are also popular here, in October is the famous Valladolid International Film Festival, which is an important date on the film calendar, and the Easter celebrations are beautiful festivities that the whole city is involved in. On Good Friday, thousands gather to take part in the Passion Procession, when 31 pasos (religious statues) are carried through the streets, culminating in the return of the Virgen de las Angustias to the church to the singing of the Salve Popular.

Despite being landlocked, fish is an important dish here, and there are many places to eat that do traditional red bream and hake meals. Do try Valladolid’s most famous speciality, though, the lechazo (slow roast lamb).Valladolid Motorhome Spain.

For travelling a bit further afield, Valladolid is a very good place to start. It lies on the Knight’s Route, and the Red Wine Route. Valladolid lies in the heart of wine-producing territory, and if you are interested in a wine-tasting tour, this is a good place to be! The Knight’s Tour visits medieval castles and towns, through the attractive Cega and Eresma valleys. The Knight himself is from a local legend, telling the story of a noble knight who was betrayed and murdered en route from Olmedo by his great rival. Other routes include the Castle Route and the Tierra de Campos Route.

For those in motorhomes, any of these routes will be a memorable start to the larger tour of Spain, or Europe. Not tied to hotels or even Valladolid itself, the route of your holiday is entirely up to you! Madrid lies about three hours to the south-east, and the borders to Portugal and France are within driving distance, if you want to explore the rest of Europe.

For further details regarding a Motorhome Hire in Valladolid please check: