Dallas Motorhome RV Hire has a wide range of Campervan and RV vehicles for hire at Dallas and Houston in the USA.

Book early so Dallas Motorhome RV Hire can place your booking and it is better to book several months in advance,

Dallas is the second largest city in the state of Texas.

The city of Dallas is the economic center of the Dallas-Forth Worth area, including 12 counties with a population of more than 6 million people. Listed as a “world city” Dallas, is seen as important central point in the regions economic system.

The area around what is now modern day Dallas was inhabited by the Caddo Native Americans before it was claimed by the Spanish Empire in North America in the 1500’s. The French made claim to the areas also but a treaty in 1819 placed it within Spanish control. While searching for a favourable trading post in 1839, a lawyer from Tennessee, Mr John Neely Bryan, stopped in the place that would eventually become Dallas. Over the next couple of years Bryan created a settlement which became knows as Dallas. Geographically very well located, Dallas prospered, and in the mid 1850’s Dallas obtained a town charter. By the 1860’s the town could boast over 2000 inhabitants.

Dallas mainly concerned itself with agricultural products at that time but with the arrival and expansion of the rail system in the US, Dallas was well served and expanded rapidly over the next 30 years. It became a prosperous commercial focal point with grain, cotton and other industrial raw materials being transported through the city and on to neighbouring towns and states. By the beginning of the 1900’s Dallas was the leading market in the Southwest United States for items including books, drugs and jewellery.

Another transformation in the 20th century occurred with Dallas leading the way in businesses such as retailing, banking and fashion. Oil was discovered near Dallas in the 1930’s; this would change the landscape of the city forever. The Great Depression of the early 1930’s was not as badly felt in Dallas as it was in other cities due to this bounty of oil. During the Second World War, Dallas became a major contributor the US war effort with Ford manufacturing military vehicles. Dallas has gone on to become one of the leading cities in the US for the production of technology products. 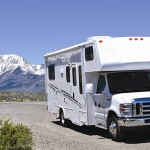 Dallas Motorhome RV Hire allows access to Texas. Dallas is a thriving city with varied cultural and ethnic influences. Dallas lacks nothing when it comes to spending your hard earned cash. Shop ’till you drop at the cities many malls and outlet stores including the Allen Premium Outlets and North Park Center. You will find all the brand names you are looking for including Jimmy Choo, J Crew, Nike and many many more. Victory Park in the heart of the city is a new urban center and the home of American Arline Center. With state of the art facilities this 75 acre site is the home of modern dining, retail, entertainment and hotel complexes.

If you want to see the sights make sure you visit the Dallas World Aquarium, Fair Park, the Dallas Arboretum and the Museum of Nature and Science. No need for a car in Dallas city as the Dallas Area Rapid Transit system incorporates the use of buses and light rail to take you to where you want to go. Make sure you go on the McKinney Avenue Streetcar Service. Just ask for the M-Line Trolley. It’s free and goes from McKinney Avenue (at Uptown Allen Street) all the way through Ross and Paul Avenues to the Dallas Museum of Art.