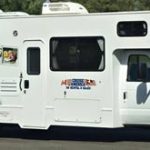 New York  RV Motorhome Rental we have a wide selection of motorhomes available for collection at New York or Newark or Philadelphia.

Should you require a one way trip please book at least 6 months in advance. All bookings are on request and rental rates change weekly depending on inventory.

New York is one of the most exciting cities in the world, and whatever you are looking for, you are guaranteed to find it here. From the dazzling collection at the Museum of Modern Art, to the beauty of the Christmas Lights at Rockefeller Plaza, from plays on Broadway, to small eateries in the East Village, New York has it all, and more!

New York, the most densely populated major city in the United States, is made up of the five boroughs of The Bronx, Brookyln, Manhatt, Queens and Staten Island. New York City started in 1614 as the Dutch fur trading settlement “New Amsterdam” on the southern tip of Manhattan. Contrary to popular belief, the island of Manhattan was not purchased for $24 worth of glass beads. In actual fact, the island was purchased from the Lenape Indians in 1626 by Peter Minuit, the Dutch colonial Director General, for 60 guilders. 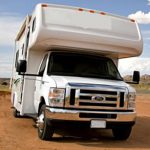 The British conquered the city in 1664, and renamed it “New York”. The city quickly grew in importance as a trading port. In 1789, the first President of the United States, George Washington, was inaugurated at Federal Hall on Wall Street.

In the years since then, the city of New York has developed to become a powerhouse of culture and commerce, with a population of over 8 million inhabitants.

New York  RV Motorhome Rental visitors to New York are absolutely spoiled for choice in what to do – it is impossible to see everything that the city has to offer unless you live there, and even then you would have a hard time!

Start with the Circle Line Tours’ 3 hour Full Island Cruise – this will give an incredible overview of the island of Manhattan, and the tour guides are very knowledgeable and entertaining. Also, try the hotdogs – they’re great!

If shopping is your bag, you can do no better than New York – some of the worlds most famous brands are found on Fifth Avenue – Cartier, Bergdorf Goodman, Brooks Brothers, Gucci – they’re all here. If you are in search of a bargain, try the Century 21 department store at Church and Broadway, or take a trip out to Woodbury Common, where there are a huge number of outlet stores with big name brands, steeply discounted, to choose from.

New York RV Motorhome Rental is well served with air travel links – John F Kennedy International Airport and Newark Liberty International Airport are the large international airports, while La Guardia Airport is a busy domestic airport, serving the rest of the US. Getting to town from the airports is a breeze; either get a taxi (TIP – always ask the taxi dispatcher – don’t accept rides from people touting for business) or grab the subway, which runs 24 hours a day.

Little known fact about New York – The “New York Post,” founded in 1803 by Alexander Hamilton, is the oldest running newspaper in the United States.