Budapest Campervan Hire recommends that you book early for high season July and August as we book out several months in advance each year. Travel to other countries is allowed . You can travel around the EU countries with no restrictions. Budapest is a fantastic capital city to visit, with an abundance of baths, from the sparkling Gellert Baths to the vast 1913 Szechenyi Spa to Rudas Spa, a dramatic 16th-century Turkish pool with original Ottoman architecture.Visit the House of Terror it is a museum is in the building which was the former headquarters’s of the Gestapo and also from the communist terror police.

Transport around Budapest is very easy as there is an excellent Metro which was I think the first Metro built in Europe. Trams are available every 500 metres or so it is really easy to travel around Budapest. 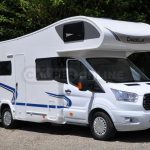 Budapest is located on the river Danube with the Buda Hills to the west and the start of the Great Plain to the east, Budapest is the most beautiful city in central Europe.

Budapest is a tourist’s delight with an abundance of tourist attractions and a fantastic public transport with a metro, trams and a bus system.

Budapest where 2000 year old Roman ruins and 400 year old Turkish monuments can be found side by side.

Budapest Campervan Hire is available in Budapest where there are two to six berth vehicles available to hire. There are many camping areas available in Hungary to park a Motorhome.

To get a quotation or book just use our quotation system which is available on each page; just remember to book at least several months in advance if you require a RV in high season (July and August) as supply is very limited.